A complete guide to Ssese Islands in Uganda. This portal helps you plan for your tour with information about the Islands, how to get there and when, attractions and things to do, a sample 3 day tour to Kalangala, where to stay and top reccommended hotels, tour operators and contact information.

Somewhere in Uganda, the Pearl of Africa lying North West of the well-known Lake Victoria (Nalubaale)which is the number two prime freshwater across the globe are the 84 Islands that are an archipelago of the Ssese Islands where of these, only about 43 isles are said to be inhabited.

The Islands differ in mass from lesser than 2.5 acres to more than 40 kilometers of stretch for Bugala, the biggest Isle.These land masses have the same boundaries as those of the district of Kalangala found someplace in the South Central part of Uganda. 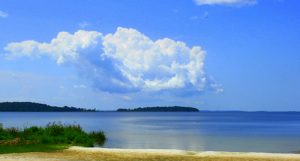 The Islands are distributed into two major groups. The first being the Bugala Group just after the Island of Bugala and is in the South west. Some of the other isles in this group are Bubeke, Bukasa, Serinya, Bufumira, Funve, Bugaba and among others Buyova. The other group found in the North East is known as the Koome Group just after the Island of Koome which is the biggest one in its section. Its major Islands comprise of Koome, Luwaji and Damba. These two are divided by the Koome channel.

Kalangala, a town found on the archipelago’s largest Island –Bugala not only holds a similar name as that of the District of Kalangala but also functions as the Island’s headquarters. Athwart the water in the South western part of Entebbe on the Ugandan landmass in the District of Wakiso, the town of Kalangala can be found at roughly 51km, at aLongitude of 32.2500 and a Latitude of 0.4333.

The tribe of the Bassese, a Bantu speaking kind of ethnic group that is not so different from the Basoga and Baganda in the rather distinct but similar language are the known inhabitants of these Ssese Islands. They were also called “the principal canoe builders and the greater number of the sailors of Mtesa’s Empire” by Henry Morton Stanley.

Primates are also some of the  many animal species that are found on the Islands and it is for this reason that the tourism business on these Islands is promising though still undeveloped. However, seeing these beautiful creature like animal species is possible though hard to access via the mainland.

While there, one will notice that a lot of activity takes place on and around these Islands. Fishing is the main economic activity that is carried out more specifically for the gigantic Nile Perch which is mostly exported. This has however led to over fishing and also the catching of young fish in the Lake Victoria. Other monetary activities that are common on the Isles are logging and palm oil growing. Agriculturalists who produce this kind of oil contract with major oil companies like BIDCO in Jinja District and sell them their produce. Also, a livestock experience can be got on these Islands especially since an estimate of 1,235 goats, 3,000 herd of livestock, 7,000 swine, and about 250,000 poultry animals live on the Islands.

How To Get There, Ferry Transport & Ship To Ssese

Last but definitely not the least, for those who wouldn’t want to miss out on all the Islands have to offer, there are three routes folks use when getting there. Nakiwogo close to Entebbe is the most famous of them all. All you need to do is be there at the MV Kalangala which is the major gateway to the Isles then you will for about three and a half hours be taken to the Island of Bugala from Nakiwogo. The other journey is one from Bukakata in Western Uganda on a ferry that is absolutely free. Here it links a place called Luku someplace on the Islands of Bugala to the landmass in Bukakata that is 36km to the Eastern part of Masaka. Finally, for those who would rather another option can go through the Kasenyi Landing site where little local boats made of wood will leave for Banda Island.